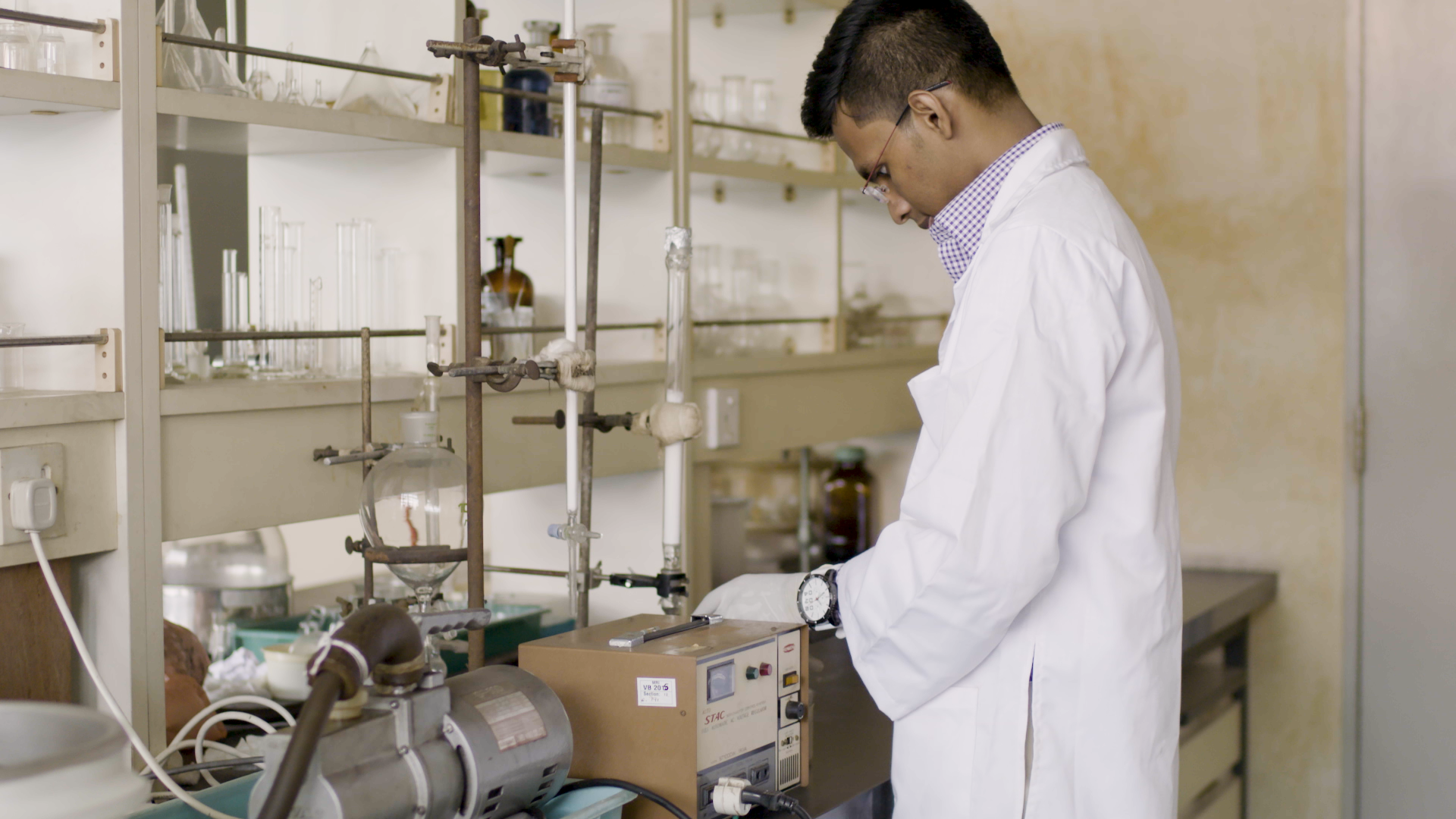 Queen’s Young Leader, Rakitha Malewana told us about combining two organisations, expanding his reach and why leaders need to be good all-rounders.

“The idea was all messed up. I couldn’t properly identify what I really needed to do,” says Rakitha Malewana, reflecting on his efforts to combine the two organisations he runs – IdeaNerd and United Youth Consortium (UYC). IdeaNerd popularises scientific research and curiosity among school-aged children and had reached more than 50,000 school children in Sri Lanka by the end of 2017. UYC is a community-based organisation that promotes sexual reproductive health awareness in Sri Lanka, with a special focus on HIV/AIDS.

“For a very long time I’ve wanted to combine them into one organisation and put 100% into this organisation and expand it.” Rakitha found the help he needed to do just that from Mainda Kiwelu, his mentor on the Queen’s Young Leaders Mentoring Programme.

Talking with Mainda helped Rakitha pin down exactly what the new organisation, Hamzter, was setting out to do. That is, to “create breakthroughs in life science that will make a difference for a better tomorrow”. Mainda helped him develop his idea, specifically design the main sections of the organisation and develop business canvas models. He says she gave him “all the knowledge that I was not able to gain through local settings”. Now, Hamzter’s over-arching goal – put simply – is to tackle global health issues, using a two-pronged approach:

Rakitha took the ideas he developed with Mainda back to his team, and together they decided they wanted to work towards sustainable development goals (SDGs) 3 on health and wellbeing, and 9 on innovation. “The other thing is we are going to collaborate our work with researchers, scientists, innovators, inventors, investors and especially social activists, funders, donors and all those people.”

Despite only being in his early twenties, Rakitha is already an internationally acclaimed scientific researcher. He started his research work at the age of 13 and later developed a groundbreaking nano-vaccine for HIV which has been discussed on many national and international platforms.

Rakitha has long used his reputation and authority as a medical researcher to gain the trust of the people and organisations he works with – be they individuals affected by HIV/AIDS in the slums of Colombo, or schools who want him to inspire their students. When he won the Queen’s Young Leaders Award, his achievements and organisations were well publicised in Sri Lanka and this attracted more volunteers.

“I had a lot of requests from the youth in my country. They always asked me how can we join with your programme?” Hamzter now has about 200 registered volunteers based in different parts of Sri Lanka, on top of its core administrative team of 11 part-time volunteers.

“Most of them are working,” says Rakitha of the registered volunteers, “fascinated by scientific innovation and medical inventions. Because we are doing both medical innovation and advocating on global health issues, I think we can reach more people.”

When choosing where to expand his project to, Rakitha considers several criteria. “Basically one of the main goals of our organisation is based on communicable and noncommunicable diseases,” he explains. He points out that developing countries tend to lack facilities and knowledge about such health issues. “We need to help those people who don’t have facilities and establish this culture in their communities.”

Another important factor he considers is contacts. The Queen’s Young Leaders Programme connected Rakitha to others who are interested in helping him expand his work across the Commonwealth. He has already met with Elizabeth Kite from Tonga and Heidy Quah from Malaysia to plan next steps.

“As a result of this meeting, we are going to start working with young girls in Tonga and refugee students in Malaysia. That way, we are going to uplift their educational aspirations and inspire them to become next-generation scientists.”

Rakitha has always been an ambitious scientist. He started working on medical research – despite many obstacles – at the age of 13. More recently however, he has begun to think that just focusing on medical science is not enough. “We need to be all-rounders,” he says, “and need to have
some sort of knowledge in every aspect.” He says official systems sometimes frustrate progress by being slow to give permission or the necessary access to information or resources which would allow research to progress.

“It’s really hard! Even to get a single letter you need to spend months, even years. And after requesting that letter, sometimes government officials and politicians don’t consider this area – especially research and development and advocating health issues – as important.” Because of this, Rakitha says a lot of good medical research goes to waste. “The medical innovations are not coming out of the laboratory,” he says. “Though they find like huge medical discoveries, it literally stops from the medical level.”