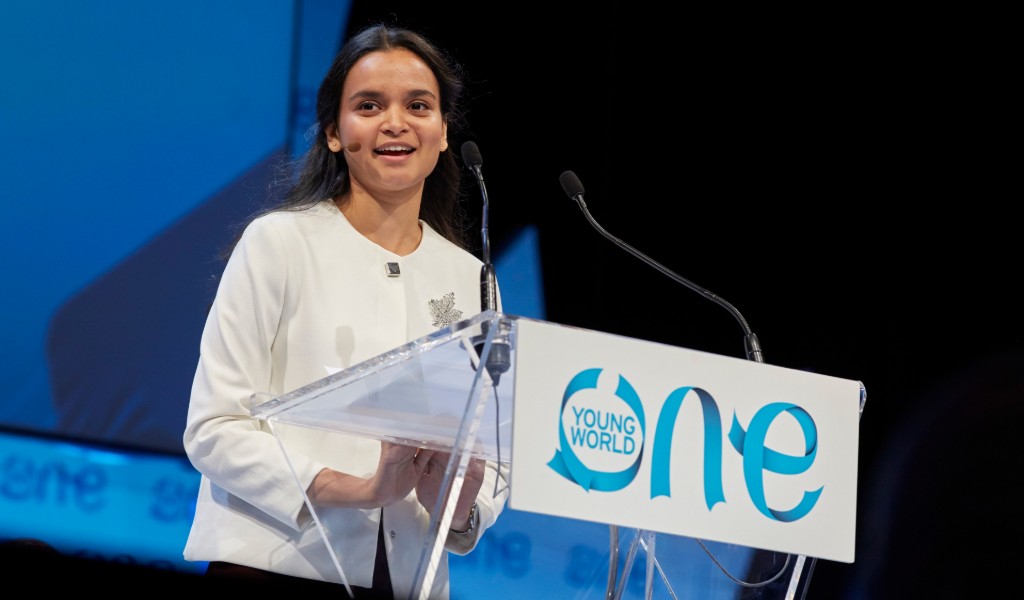 Three Queen’s Young Leaders Award winners are set to take to the stage at a summit which brings together the brightest young leaders from around the world.

Gunjan Mhapankar (featured) from Canada and Safaath Ahmed from the Maldives, who were winners of the Award in 2016, and PJ Cole from Sierra Leone, who won in 2015, will attend the One Young World summit, along with the Chief Executive of The Queen Elizabeth Diamond Jubilee Trust, Dr Astrid Bonfield CBE.

The annual event, which this year takes place in Ottawa, Canada, aims to empower young people to make connections to create positive change. The Queen’s Young Leaders will lead a session about The Power of Collaboration.

During the presentation each of the Award winners will share their personal story, including information about the project they lead and why they were chosen to be Queen’s Young Leaders. They will also discuss how collaborating as part of an engaged network of change makers has helped their work evolve and achieve even greater impact.

Also speaking at the summit, which begins on Wednesday, will be world leaders including Kofi Annan, the Former Secretary General to the United Nations, Mary Robinson, Former President of Ireland and the BBC’s World Affairs Correspondent John Simpson. They will be talking on themes ranging from peace and reconciliation to unemployment and technology.

At each summit delegates, who become known as One Young World Ambassadors, debate, formulate and share innovative solutions for the pressing issues the world faces. They then return home and are able to put what they have learnt into their own initiatives.