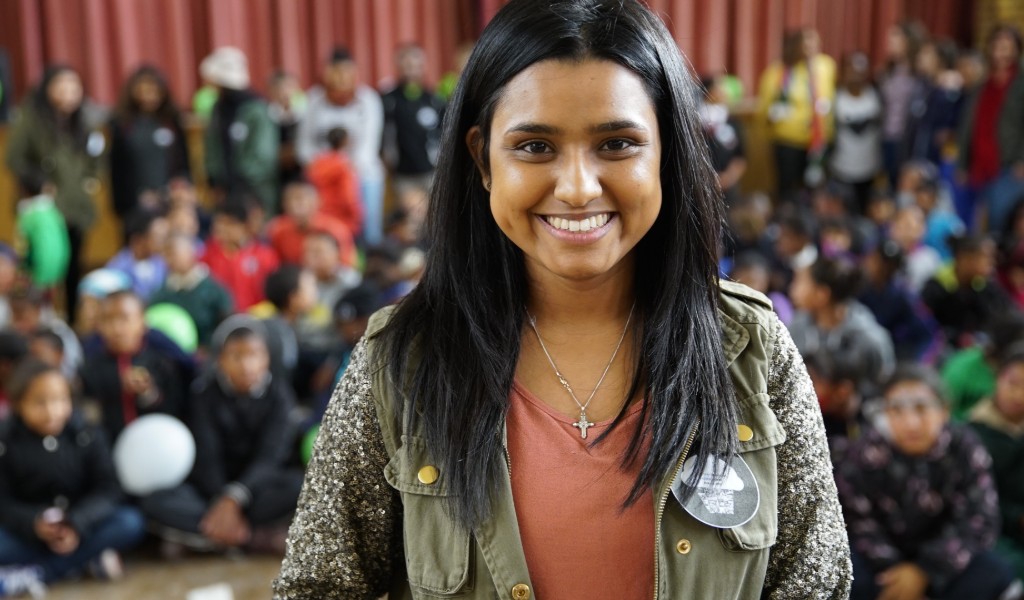 Queen’s Young Leader Patrice Madurai is one of the many young people who is active and positive in her community. She founded the Cupcake reSolution to help people in South Africa to register as citizens which enables them to work and to sit school exams.

The project hosts mobile offices to enable people to register as citizens. As another way to reach out to the community, Cupcake reSolution also takes cupcakes into schools for children who have never celebrated birthdays.

It has so far helped more than 800 people to apply for their birth certificates or IDs and has given out over 9,000 cupcakes.

South Africa’s Youth Day also commemorates the Soweto Uprising of 1976. The protests were triggered when young people took to the streets to protest against the apartheid government’s decision to introduce Afrikaans as a medium of instruction in schools and many people lost their lives during the disturbances.

As well as remembering those who died, the day is used to encourage young people to become positive role-models for future generations.

Speaking about saying “yes” to setting up Cupcake reSolution, Patrice said: “If more young people said ‘yes’ just imagine the impact you could make in your communities. And not just in your communities, but in the world in general. I mean I am now a Queen’s Young Leader.”