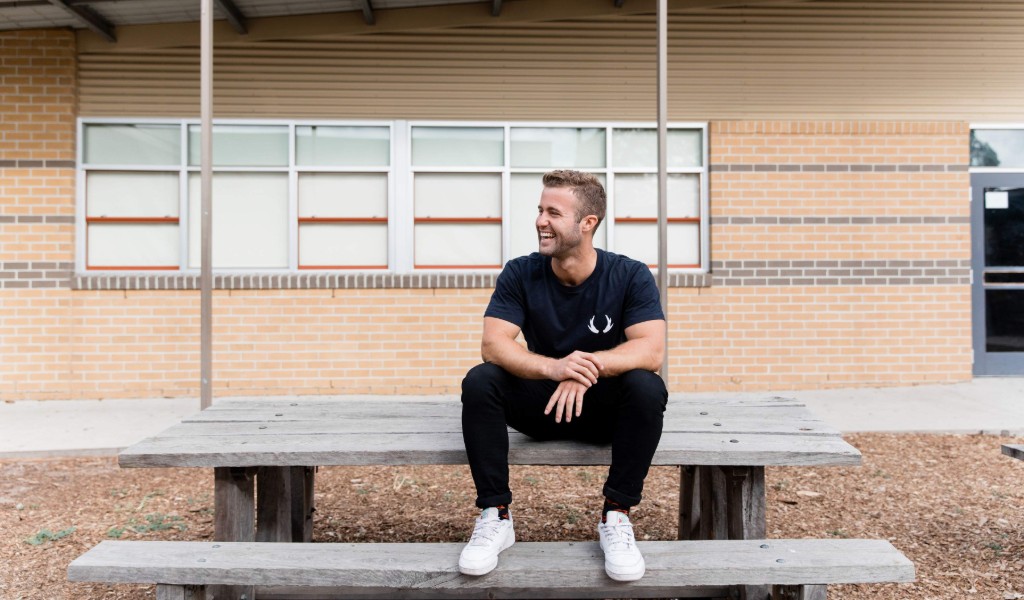 Why did you set up The Man Cave and what motivated you to do so?

We started The Man Cave because of the increasing rates of mental health challenges that we saw young Australian blokes experiencing, with suicide being the leading cause of death for young men under the age of twenty-five. We saw that there was a lot of work around crisis management and band-aid solutions in this area, but very little at the preventative level.

Personally, I went to an all-boys school and often I tried to live up to the stereotype around what I thought it meant to be a good Aussie bloke; athletically gifted, attractive to the other gender, make a lot of money, and to be emotionless – I saw this model working for some guys and going horrifically for others. I lived into that for a lot of my high school years and I often felt trapped by this identity.

What do The Man Cave workshops you run entail?

The journey of a Man Cave workshop is in three parts. The first part is all around getting the young men to feel safe and to feel respected. Often that will begin with a few ice-breakers, a few high-energy games, let the boys kind of show that more boisterous side. And then we slow it down a little bit and just talk to them. We get their voice in the room as quickly as possible, ask them why would a programme like The Man Cave exists. What often comes out of it is that very few of them have had a safe space to talk about some of the challenges that they experience as young men.

From there we see a lot of boys start opening up, realising they’re not the only ones going through these challenges. That leads us into the second session which is all about exploring the masks that they wear each day – this is where the young men show real courage in sharing who they really are and deep empathy for others’ experiences. The third and final session is all about creating a vision for the man they want to become. We also get them to acknowledge each of the other boys who’ve shown courage or bravery or some unique gift or talent that they’ve demonstrated. And then there’s a big conversation about the kind of culture they want to create. From there it’s a conversation around support structures. Who’s in your network that you can continue this relationship with? Whether it’s the teachers, or the guys in the room, parents, or mental health resources.

What would you like for the future of The Man Cave?

I would love The Man Cave to be delivered in every school across Australia and for us to up-skill teachers and parents along the way. It would be a pretty amazing thing for that to happen. I’d love it to have local community leaders, delivering it in their own way and in their culture and in their language. For us, it’s incredibly important to just create a space where young guys can actually be themselves. I know the power of authenticity from working with thousands of young men across the country, and they’re crying out for this opportunity that they just don’t know exists. At the end of the day the we believe this is not about throwing away our masculine traits but embracing more of our humanity.