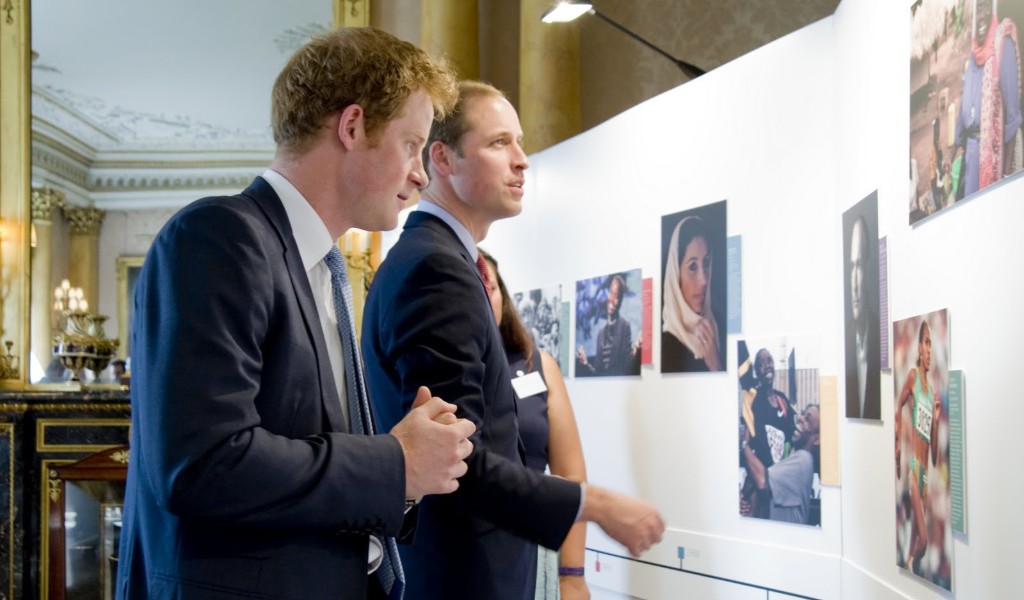 Wednesday 9th July is the day that their Royal Highnesses the Duke of Cambridge and Prince Harry are launching the search for exceptional young people from across the Commonwealth. Together they want to help find inspirational young people who deserve to receive an award from Her Majesty The Queen for their achievements in transforming their own lives and the lives of others.

On behalf of The Queen, The Duke of Cambridge and Prince Harry will host a unique reception at Buckingham Palace where they will start the search from a state of the art social media hub, backed by Google and Twitter – the first ever to be installed at The Palace.

The event marks the beginning of the search for 240 award winners aged 18 – 29 from all 53 countries of the Commonwealth who are to be celebrated, rewarded and supported for their achievements. And it is all part of The Queen’s Young Leaders Programme, a unique initiative which recognises that young people have the ability to make a huge impact in their communities.

Overall, the Programme aims to create new and exciting opportunities for young people across the Commonwealth, enabling them to reach their full potential, step up as leaders and go on to improve the lives of many others where they live.

The life changing Programme has been established by The Queen Elizabeth Diamond Jubilee Trust (the Trust) and run in partnership with Comic Relief and the Royal Commonwealth Society in honour of The Queen’s 60-year contribution to the Commonwealth.

Speaking on behalf of the partnership, Sir John Major, Chairman of the Trust said: “This programme will celebrate the achievements of extraordinary individuals and help develop their skills, thus creating a lasting legacy – benefiting the whole of the Commonwealth – to honour the long and successful reign of HM Queen Elizabeth II.”

From Google Hangouts to Twitter mirrors The Duke of Cambridge and Prince Harry will use social media to help spread the message that #TheSearchIsOn, calling on young people from across the Commonwealth to apply, or be nominated for the opportunity to become a Queen’s Young Leader.