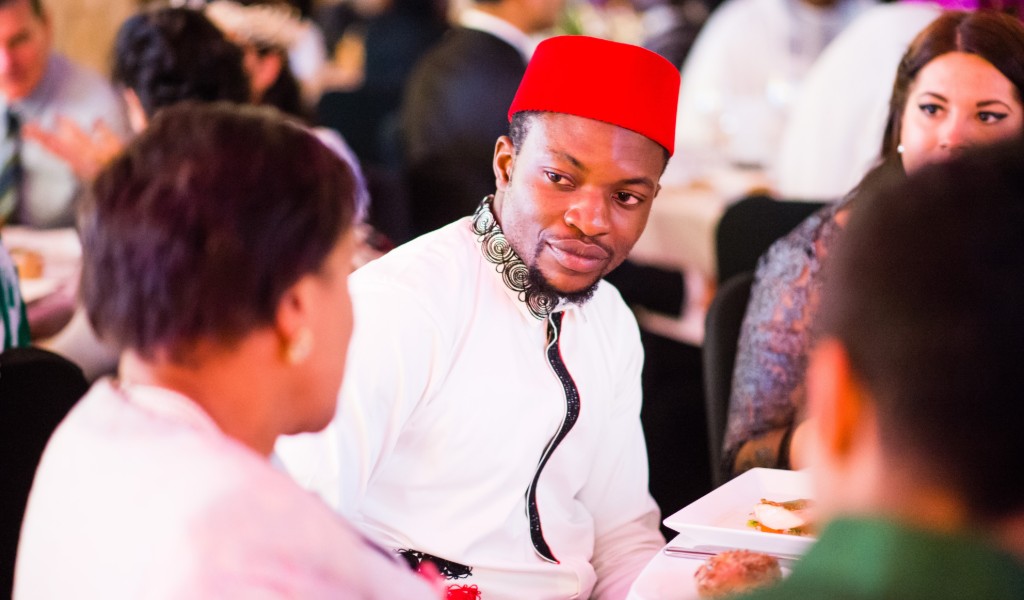 David Morfaw is one of 2016’s recipients of a Queen’s Young Leaders Award. The Award, which was presented by Her Majesty The Queen in June, is part of The Queen’s Young Leaders Programme, and celebrates the achievements of young people who are taking the lead to transform the lives of others and make a lasting difference in the communities.

Despite having health problems and being dyslexic, David started his first micro-business aged eight selling water. In 2011 he created Poult Vault, a social enterprise which tackles the problems of malnutrition and hunger by supplying chickens as interest-free loans to women and young people. The owners can then sell their produce to pay for the chickens.

David also created a barter system so farmers can pay for their children’s education using crops, and has helped an impressive amount of people since starting in 2011 “Poult vault has given loans to over 300 women and youth in the communities and has helped more than 2000 kids in rural areas get access to healthcare and education.”

When talking about the Queen’s Young Leaders programme, David says:

“I feel very humbled to have been part of this and I can’t ask for more.”